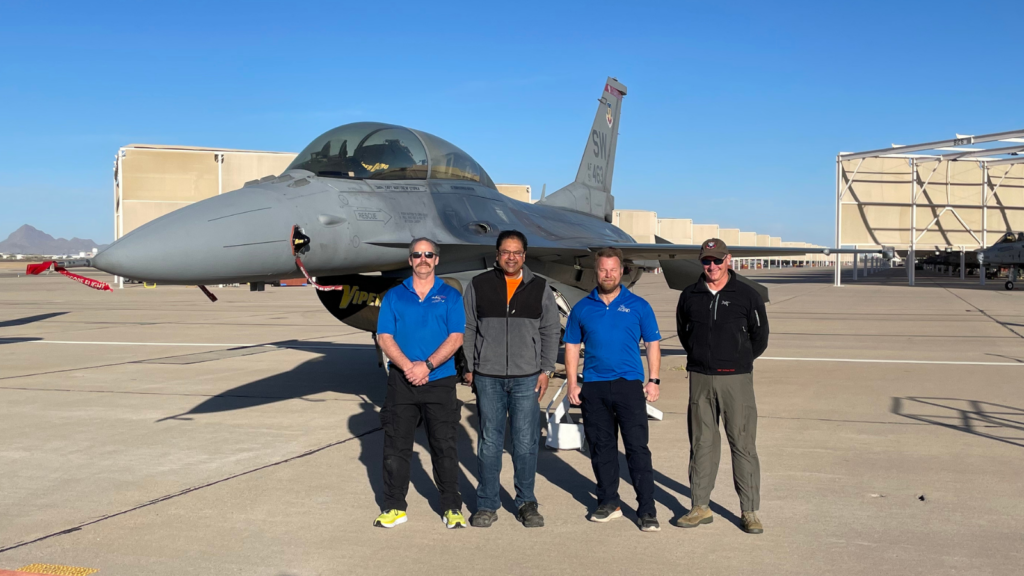 In early March, a team from AQRD visited Davis-Monthan Air Force base in Tucson Arizona to attend the Heritage Flight Training and Certification Course. The group included CEO Raj Narayanan, Tommy Williams, David Bedenbaugh, Jeff Boggs, and Rob Swift. AQRD was a guest of the Heritage Flight Foundation who is an AQRD client.

AQRD Board Advisor Tommy Williams is a current pilot for the Heritage Flight organization. Tommy Williams flew multiple fighter aircraft while in the Air Force, including the F-15C, F-5E, F-4E, and F-16, and acquired over 3,800 hours of flight time. After serving active duty in the Air Force Reserve, he recently retired as a Major General serving in support of the USAF Director of Operations at Headquarters Air Force in the Pentagon. Tommy is proud to display and fly the P-51 Mustang and F-86 Sabre in Heritage Flights across the country.